Amazon, in many ways, has changed the way that we shop forever. It's now possible to sort through hundreds of thousands of items, accompanied by hundreds of thousands of reviews of those items, and find that specific essential you were searching for. Not only that, but it’s also possible to order almost anything online and expect it to arrive at your doorstep within two to three days. Amazon has truly adopted an "everything-under-one-roof" motto, meaning you can rely on Amazon for practically every need, from toilet paper to groceries to new clothing items and accessories. However, with all of these choices, with all of these possibilities at your fingertips, the average consumer can end up feeling overwhelmed. Yet, through data analytics, Amazon has found a way to dominate the online retail space.

Why and How Amazon Uses Data Analytics 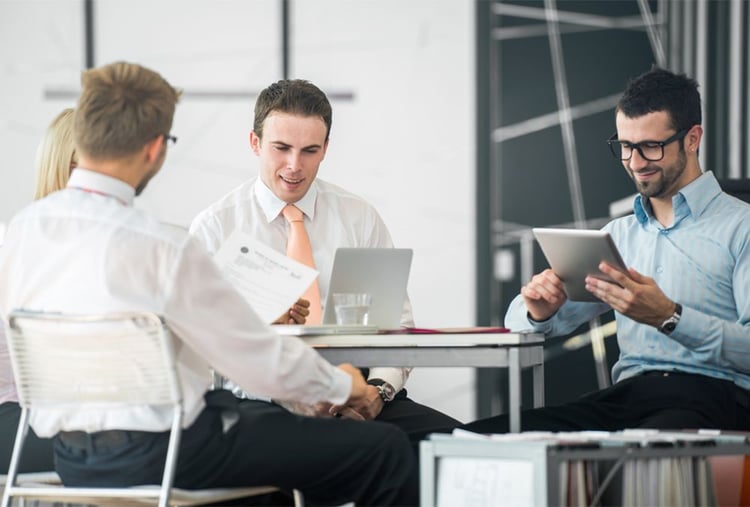 Faced with customers who were data-rich (having endless possibilities) but insight-poor (unsure of what to purchase), Amazon decided to utilize big data to combat this issue. Amazon's smart data practices collect the valuable and important data from both customer accounts and their browsing habits, and then utilize this data to fine-tune its recommendation engines. The result? Customers are relieved from the task of having to decide what to purchase next because Amazon offers them up a list of the products they're most likely to buy based on data analytics.

Instead of walking into a retail store and being confounded by choices, Amazon users are now able to browse through the website, often purchasing items that are recommended to them in handy sidebars or "customers also buy..." lists. When users access Amazon, they may think they're accessing the same Amazon as every other user, but they're not. They're accessing a version of the website that has been customized specifically for them. This has forever changed the way we shop.

Amazon utilizes every bit of precious data that we've made available to them, simply through using their website. DataFloq writes, "Amazon has an unrivalled bank of data on online consumer purchasing behaviour that it can mine from its 152 million customer accounts." In 2003, Amazon used item-item similarity methods from collaborative filtering, and that was thought of as cutting-edge. Today, Amazon has evolved. Through customer click-stream data and historical purchase statistics, DataFloq asserts that "each user is shown customized results on customized web pages."

What Else Amazon Does with Data

Amazon is also able to offer superior customer service response because of the quantity and quality of data it has collected on its customers. It ensures that customer service representatives have all the information they need the moment a customer needs support. This results in a constantly improving relationship with the average consumer, something that other businesses simply can't compete with.

Amazon also uses Big Data to monitor, track, and secure its 1.5 billion items in its retail store as well as those that are laying around its 200 fulfillment centers around the world. According to DataFloq, Amazon stores the product catalog data in S3. S3 is a simple web service interface that can be used to store any amount of data, which can then be accessed at any time from anywhere on the web. DataFloq writes, "It can write, read and delete objects up to 5 TB of data each. The catalogue stored in S3 receives more than 50 million updates a week and every 30 minutes all data received is crunched and reported back to the different warehouses and the website."

Amazon has even recently expanded its usage of Big Data by adding remote computing services, aptly named Amazon Web Services (AWS). They offer data collection, storage, and computation, along with data collaboration and sharing. All are available in the cloud. According to Prompt Cloud, "AWS has developed into the most successful cloud-infrastructure company on the planet, capturing more than thirty percent of the market. This is more than its three closest rivals, Microsoft, IBM, and Google, combined."

At AWS, Amazon also hosts public Big Data sets without charge. All available data sets can be used and seamlessly integrated into AWS cloud-based solutions, and some are taking advantage of this opportunity, such as the Human Genome Project and its extensive data maps.

How Amazon is Changing the Retail World

By focusing on Big Data and data analytics, Amazon is shifting in its role from an online retail company to a big data company. This is because Amazon is no longer purely an e-commerce player. It offers more than products; it offers data. And in this ever-changing climate of technological advances, data is simply more valuable than anything else, at least at this time.

Other companies are catching on to the fact that data is where their focus should be. Apple is another company that has recently entirely shifted focus to Big Data. Usually seen as a trend-setter, Apple was a little behind-the-times when it came to realizing the importance of data analytics in the retail market. In the past decade, however, Apple has worked overtime to catch up to other businesses, such as Amazon.

Apple is in an advantageous position, of course, when it comes to gathering and analyzing data. According to socPUB, "Their products are not only highly popular, but they're already designed to capture valuable data." One area that has received a big boost from data analytics is Apple's application design team. In the past, apps were made in a way that forced people to use them in a certain way. They were created with the application design as the end goad. Contrast that to now, when applications are created with the end goal of usability in mind. The design is simply the means to that end. Apple was able to do this by gathering data on how people used apps in real life, and then altering their future designs to fit with customer tendencies.

The same idea is now being used to produce Apple devices. Because Apple now has access to tons of data on how consumers use their iPhones and MacBooks, this gives them an unprecedented opportunity when designing new products or the latest version of existing devices. Using Big Data in this manner is much like Amazon offering customized webpages for its customers: it's all about improving the customer experience. Instead of controlling what you do, companies like Apple and Amazon are watching what you do, analyzing your movements, and then making it easier for you to do what you want.

Interested in learning more about how Big Data is changing the e-commerce landscape and the way we shop? Contact us today for more information.